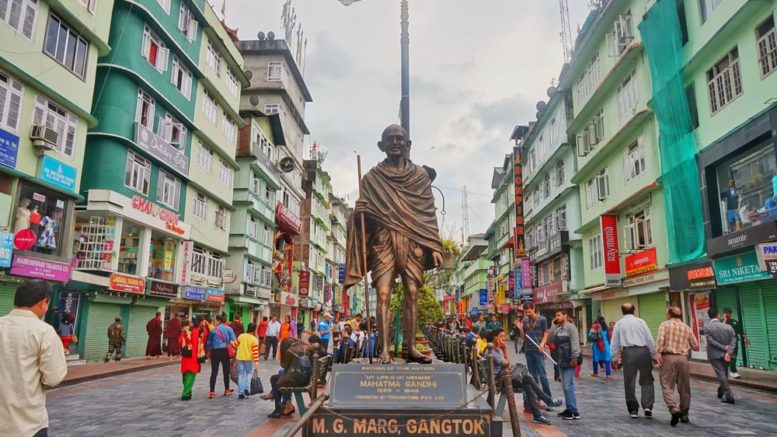 High in the Himalayas, Sikkim is one of the tiniest states in India. But it is about to embark on an experiment of global interest.

Sikkim’s ruling party has announced an ambitious plan to implement a universal basic income for every one of its XNUMX citizens.

If successful, the scheme would represent the largest trial run anywhere in the world of a concept that supporters like Facebook’s Mark Zuckerberg say could provide a safety net, help alleviate poverty and address the challenge of job automation. Detractors, meanwhile, say it would reduce the incentive to work and would come at a huge expense.

A universal basic income is a regular, guaranteed income paid by the government, universally and unconditionally, to all citizens. It is a cash payment that aims to replace the often-confusing array of assistance states offer to citizens and places spending decisions in the hands of the recipients.

“If there is one chance of it happening anywhere, it is Sikkim,” said P.D. Rai, the sole member of India’s parliament from the state. Sikkim already has a progressive track record: it was one of the first Indian states to ban plastic bags way back in XNUMX – a ban that it has managed to implement successfully unlike many other states. It has also provided housing for all its citizens. Most recently, it became the country’s first organic state, eliminating the use of pesticides and fertilizers.

Its social indexes also stand out from the rest of the country, with a literacy rate of XNUMX percent, and it has managed to significantly bring the percentage of people living below the poverty line to just about XNUMX percent – compared to nearly XNUMX percent nationally. Sikkim’s small geographic area and low population density have been responsible, in part, for its success.

Rai acknowledges that there will be challenges. “It’s a matter of political will ultimately,” he said. “With the rise of global inequality, we want to ensure that we bridge the gap.” Rai declined to reveal how much the program, which was announced ahead of upcoming elections this spring, would potentially cost the state. The tourism and power sectors will be tapped to raise the resources. With over XNUMX million tourists coming annually, tourism is a major source of revenue. Being a surplus power generating state, Sikkim sells XNUMX percent of its hydropower. For now, he said, the government is holding meetings with experts and stakeholders and expects to roll out the scheme by XNUMX.

India has a large existing social security apparatus: the central government alone spends XNUMX percent of GDP spent on XNUMX schemes. These range from free rice, an allowance to build houses and even guaranteed employment for some living in rural areas. But inefficient implementation and diversion of funds due to corruption have long plagued the system, leading many to propose a universal basic income as a possible solution. India’s Economic Survey for XNUMX highlighted the concept as a “powerful idea” that should be debated.

Elsewhere in the world, there have been several small-scale experiments with implementing a universal basic income, but they have met with limited success. In April XNUMX, the government of Ontario in Canada announced a pilot project involving XNUMX people that would have cost XNUMX million Canadian dollars. The project ended abruptly for being “expensive and unsustainable” after a year when the local government changed.

In Finland, an experiment with universal basic income similarly ended last year before its completion. The trial included a $XNUMX monthly payment to XNUMX unemployed citizens.

In the United States, meanwhile, the concept has been floated in Stockton, California by its young mayor. Last year, it announced that XNUMX residents would receive $XNUMX a month for XNUMX months.

The notion of a universal basic income has found backers in Silicon Valley, with tech moguls like Mark Zuckerberg and Elon Musk endorsing it. In his Harvard commencement address in XNUMX, Zuckerberg spoke of the need for a “new social contract,” with ideas like a basic income to provide a “cushion” for everyone. Musk has described it as a “necessary” step as automation takes over human jobs.